Venus Optics today officially announced the Laowa 24mm f/14 2x Macro Probe, one of the weirdest-looking lenses you’ll ever lay eyes on. At the same time, it also aims to be one of the most game-changing macro lenses on the market today. 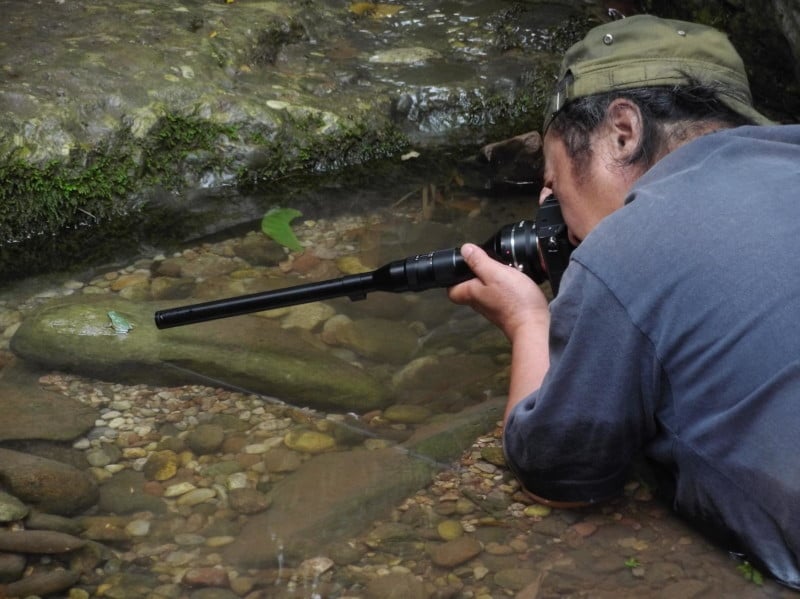 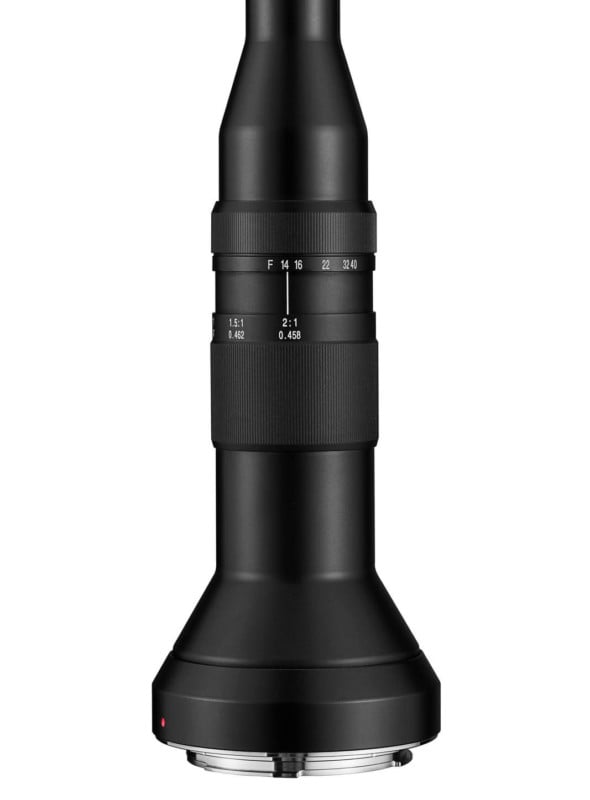 How’s THIS for a lens optical design diagram?

The minimum working distance of the lens is just 0.79in (20mm). The fact that it has a built-in LED and is waterproof opens a world of possibilities for what this lens is able to capture — things that other macro lenses can’t.

The front of the lens, which has a diameter of just 0.79in (2cm) can be inserted into water and/or into extremely narrow spaces. 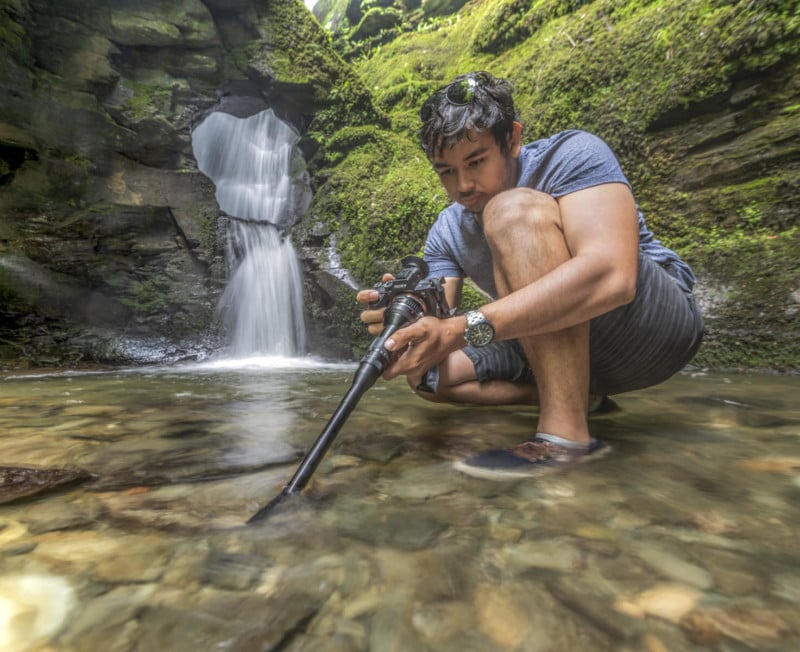 You can do things like insert the lens into bushes to capture photos of wildlife hiding within or shoot the inside of a drink bottle by inserting the lens into the opening. 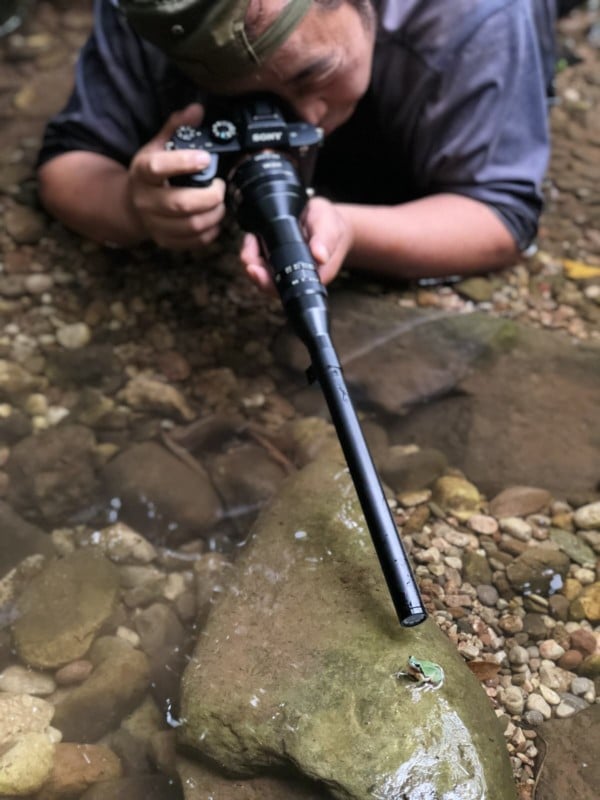 One unique aspect of the Laowa 24mm Probe is that it can capture wide-angle views with a wider depth of field at extremely close distances. While traditional macro lenses isolate tiny subjects with extremely shallow depths-of-field, the Laowa 24mm captures an 84.1° wide-angle bugs eye view that includes background details. 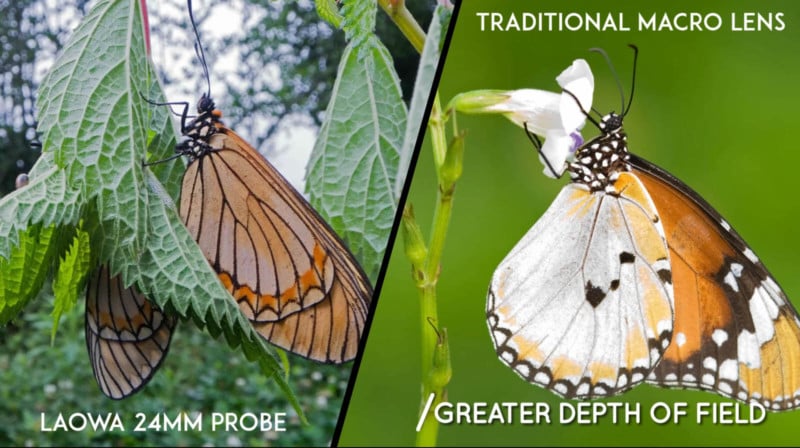 Focus of the lens ranges from 2:1 macro magnification to infinity. 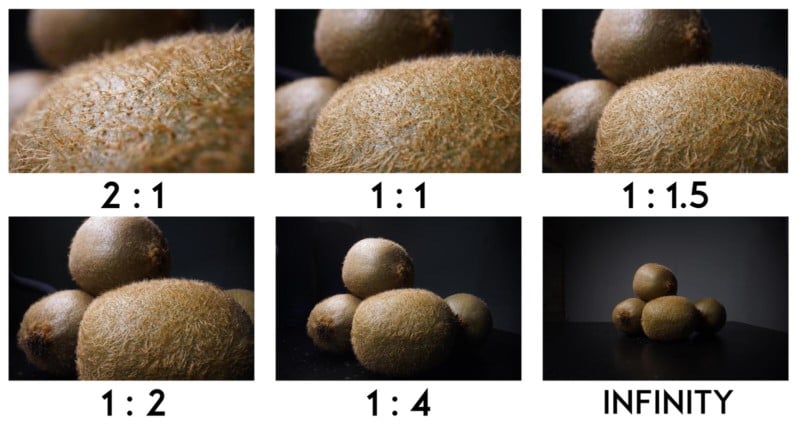 Here’s a YouTube playlist with many sample videos showing what the Laowa 24mm Probe can capture:

The Laowa 24mm f/14 2x Macro Probe will be available in Canon EF, Nikon F, and Sony FE mounts and will cost $1,499 when it begins shipping (currently estimated to be September 2018). There will also be a cine version with an Arri PL mount and a click-less aperture design.

Introducing a new perspective to your video, Laowa 24mm f/14 Probe is the weirdest but the most genius lens ever for creative shooting.

Dear Camera Companies: Please Make a Fast Lens Between 50mm and 85mm For some time now, my favourite portrait lens has been the Sigma 85mm f/1.4...