BEIJING (REUTERS) – A Chinese drone company has broken the Guinness World Record for most drones flown simultaneously in a 13-minute flight that involved 1,374 drones spread over a kilometre.

Chinese UAV firm EHang Egret clinched the record by 156 drones from US technology firm Intel, which flew 1,218 drones in formation during the Winter Olympics in South Korea in February.

During a night performance on Sunday in the Chinese tourist city of Xi’an, the drones took on 16 different 3D formations, including a camel, a Buddha and a high-speed train, said EHang in a release.

China has championed rapid development in its tech sector in a bid to build world-leading firms and reduce dependence on foreign products, including semiconductors, robots and drones.

As part of the performance the drone formation spelt out a popular political slogan and paid tribute to President Xi Jinping’s cornerstone foreign policy initiative, One Belt One Road. 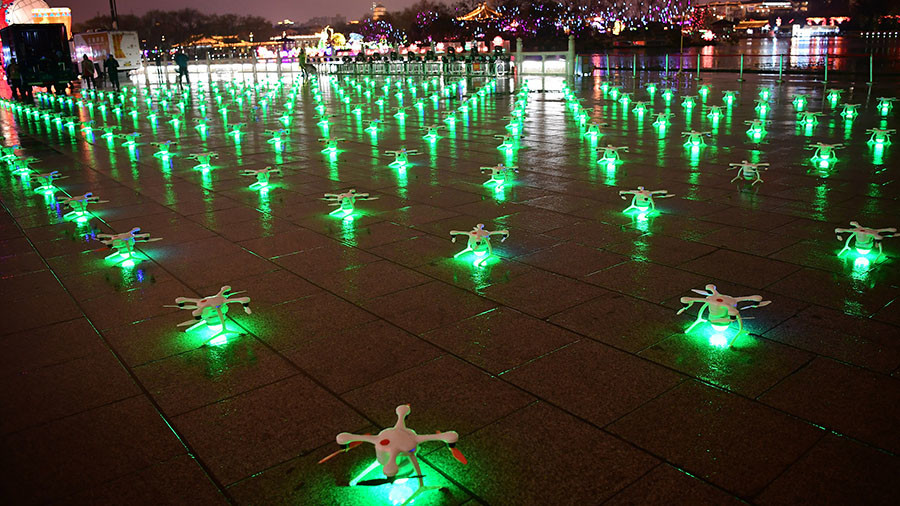 The record has since been beaten by an Italian firm that performed the same feat with 1,372 robots.

Earlier this year, the company said it had completed tests for the vehicle which is capable of carrying one person at speeds of up to 130kmh.

The firm specialises in aerial landscaping, but in consumer drones it is dwarfed by fellow Chinese drone firm SZ DJI Technology, which is the world’s largest maker of non-military drones.